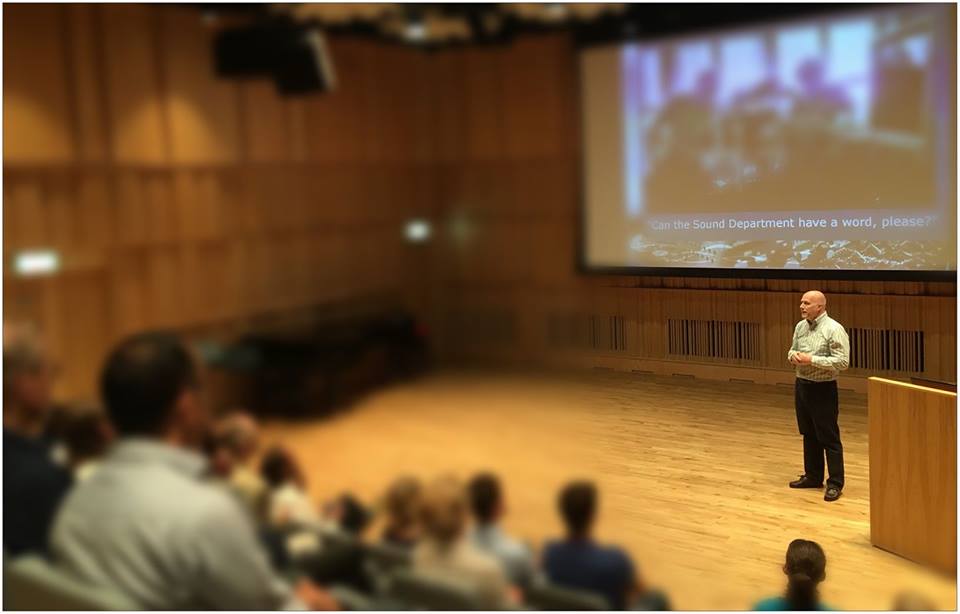 Audio Suite founder Dr. Neil Hillman MPSE joined UK broadcaster Central Independent Television in 1982 after graduating in Electronics from Aston University, leaving in 1990 to become a freelance Sound Supervisor / Mixer / Recordist. Neil formed The Audio Suite in 2001 to better serve an increasing demand for him as a Sound Designer and Re-recording Mixer, and he continues to lead the international company as Managing Director.

Neil’s feature film work is as a Dialogue Editor, an ADR Mixer and Re-recording Mixer, often acting as the single point of contact for Producers on both production sound (advising on location sound recording) and post-production sound (acting as the Supervising Sound Editor). As an aside to post-production sound, he operates in production sound as a drama and documentary location Sound Recordist, and as an Audio Director, a Sound Supervisor and Commentary Systems Engineer on Outside Broadcasts. In these capacities, he has been engaged by the Host Broadcasters of prestigious global events such as the London 2012, Rio 2016 and Tokyo 2020ne Olympic and Paralympic Games; and the Glasgow 2014, Gold Coast 2018 and Birmingham 2022 Commonwealth Games.

In 2019, the feature film ‘Scott and Sid’, one of many feature films recorded on location by Neil, won ‘Best British Film’ at the National Film Awards. He was awarded a prestigious Royal Television Society ‘Best Production Craft Skills’ award for his Sound Design and Re-recording skills in 2010, he is a past multiple winner for sound design from the New York and Los Angeles Festivals and in 2022 he reached the milestone of 1,000 individual IMDb credits across almost 150 production titles. He is a DaVinci Resolve Fairlight Certified Trainer, and has trained advanced operators and coached company trainers on the Fairlight Digital Audio Workstation within DaVinci Resolve at commercial facilities in the UK, and at broadcast television stations in Europe.

Under the ‘Dr. Neil Hillman’ banner, his Consultancy practice aids a diverse range of clients with services such as audio advocacy for film and television Producers, ‘sound bible’ strategies and below-the-line budget planning for shooting and post-production cost analysis, as well as working with equipment manufacturers and systems suppliers at the product design, development and application stages of new industry products.

This advisory service extends to areas wider than film and television production: consulting to a range of industry sectors on user interfaces (UI) and end-user experiences, and on creating more efficient workflows by embracing new ways of thinking about existing systems and production arrangements. Current clients include a major motion picture hardware designer and software creator, an established pro-audio re-seller and a cutting-edge Project Management software developer.

Neil Hillman is not just a highly-experienced practitioner; he is also an academic, an author and a speaker. His PhD concerning emotion in sound design was completed within the University of York’s Department of Theatre, Film and Television, presenting a thesis entitled ‘A new sound mixing framework for enhanced emotive sound design within contemporary moving-picture audio production and post-production.’ He has written prodigiously for trade magazines such as Studio Sound, Audio Media, Resolution and Audiofile, industry blog Pro Tools Expert, academic publisher Routledge and on the topic of broadcast sound for The Daily Telegraph.

His 2013 book, Journeyman, and subsequent 2021 work Sound for Moving Pictures, are available to preview and buy on Amazon books.

The companion website for the Sound for Moving Pictures book, and its associated online sound design academy, can be found HERE

Neil is currently based in beautiful Brisbane, developing The Audio Suite’s commercial interests in Australia, mixing live-sport Outside Broadcasts as an Audio Director, and dialogue editing and mixing for clients in his own audio post-production studio.

You can keep up to date with his his activities by reading and subscribing for updates to to his haphazard blog ‘Notes from a Big Island’.

‘Journeyman is an authoritative, accessible and at times irreverent, retrospective view of the most significant decade of digital development in the professional audio-for-picture sector; written with humour and passion from first-hand, operational experience.’
Foreword by Andy Farnell, author of Designing Sound.

‘This book is at its heart a love-letter to cinema, and in particular cinema sound, thinly disguised as an investigation into the relationship between the creative process of designing and mixing moving picture soundtracks; and an exploration of the emotions elicited in listening-viewers by doing just that.’
Foreword by Walter Murch, multiple Oscar-winning Sound Designer.